George Fox experienced a direct calling from God and founded what was later called the Religious Society of Friends. He started to preach about peace, love and truth in Cumbria and Yorkshire in 1652, during the English Civil War and it spread like wildfire throughout the country. By 1655 his simple messages had reached Oxfordshire. House Meetings started in Witney at the home of Kester (possibly Christopher) Hart in about 1668. There is some doubt if he lived in Meeting House Lane (now Marlborough Lane) or in Old Housing on Woodgreen Hill, (called Broadhill to-day, at the Witney end of the Woodstock Road.) 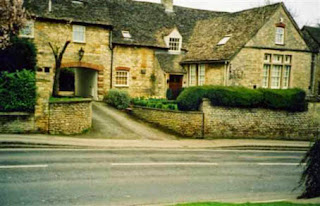 Richard Early was an outfitter selling leather waistcoats and breeches at this time and he had a friend Mr Silman, a blanket weaver, both in Witney. There are conflicting stories about Richard and Mr Silman worshipping with Quakers. However Richard's eldest son Thomas was apprenticed to Mr Silman and was the first weaver in the family in 1669. When Mr Silman died he left his business to Thomas. John Early, Richard's youngest son was also a blanket weaver and in 1711 both Thomas and John played a part in the founding of the Company of Blanket Weavers. Records clearly show that John Early became a Quaker worshipping in Witney at this time.. Early's Blanket Company lasted for well over 300 years in Witney becoming famous for very high quality blankets all over the world. The Quaker influence persisted and in 1939 when the Second World War broke out, the then Methodist Richard Early, who was descended from the original Richard, contacted the Quakers, as he was a pacifist, and he joined the Friends Ambulance Unit. They cared for the wounded from both sides of the conflict and later Richard himself became a prisoner of war. He did survive however and returned to his much loved Witney.
1677 Much earlier, returning to Old Housing on Woodgreen Hill: John Hart the son of Kester set aside a quarter acre of land. Records show that property was transferred to Thomas Minchin a mercer (outfitter) of Burford, John Harris and Silas Norton by John Hart and also that Thomas Minchin gave £383 towards a newly established Meeting House.
1682 John Hart purchased land for a graveyard .There was no freedom to worship at this time and all non-conformists were cruelly persecuted.
1683 John Hart with many others left for America on board the "Welcome" with William Penn and helped to set up the state later called Pennsylvania. 1688 Another record shows Thomas Minchin giving £83 for further adaptations, which "he freely gave," that "it may be preserved as a Meeting House for ever."
1699 Purchase of cottages for the Quarterly Meeting Children's Class.
1712 Building of a new Meeting House on Woodgreen Hill replacing the earlier one. This is the one which still stands today.
1790 Further building to give a first floor room. 1892 Meeting House in a poor state of repair. 1893 Renovation of the Meeting House with £90 given by William Hobson and Frederick Taylor and a new wing was built out towards the street.
1900-1909 The Monthly Meeting purchased adjoining cottages for school class rooms and a right of way into the graveyard area under the archway, This cost £234 plus £80 to adapt the property. Records are signed amongst others by Quaker Charles Gillett of the Bank Oxford. At this time (1909)there were 16 members in Witney and 30-40 attenders. Average attendance at evening meeting was 50. Children's school roll was 80. Band of Hope was 82. Men's adult school met regularly. Women's Bible Class also met regularly.

In the twentieth century numbers started to decline. By 1966 the small number of Quakers in Witney either went to Oxford, Burford or Charlbury Meetings. Meetings were discontinued in Witney.
1980 Quaker properties were sold and converted into four cottages. ¦ Chapter Cottage 67 ¦ Inkerman Cottage 67A. ¦ Tree Tops 67B ¦ Old Meeting House 67C. 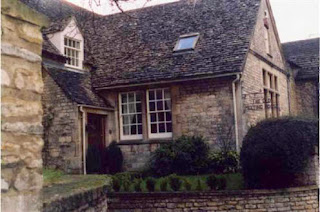 Old Housing is also in private ownership. The graveyard at the back, accessed through the archway still belongs to the Religious Society of Friends and is open to all. It is beautifully kept by the residents and provides a suitable place for reflection and a time of quiet and peace.

1997 A small group of Witney Quakers started to worship once more in Witney on a Wednesday evening twice a month and joined the Churches Together in Witney.
2007 Witney Quakers started a Sunday Meeting once more. Initially they met on the 2nd and 4th Sundays in the upper room of the Langdale Hall in the centre of the town and numbers attending went up. Increasingly there had been a desire to be still and quietly reflect away from the rush of modern life.
2009 Weekly Sunday morning Meetings were once more started. They took place in the Corn Exchange in the centre of Witney.
late 2011 Corn Exchange closed for renovation and repair.
2012 Weekly Sunday Morning Meetings moved to the  HIGH STREET METHODIST CHURCH and continue to meet there. (There is disabled access and a lift.) 10am on the first Sunday each month and 10.30 am on the remaining Sundays. The Childrens Group joins the Methodist Children on the 2nd Sunday each month at 10.30 am for Godly Play and friendship. (There is a Methodist leader and a Quaker helper.) This is an open welcoming Meeting for all seeking peace and friendship in their lives.
at 08:20
Email ThisBlogThis!Share to TwitterShare to FacebookShare to Pinterest